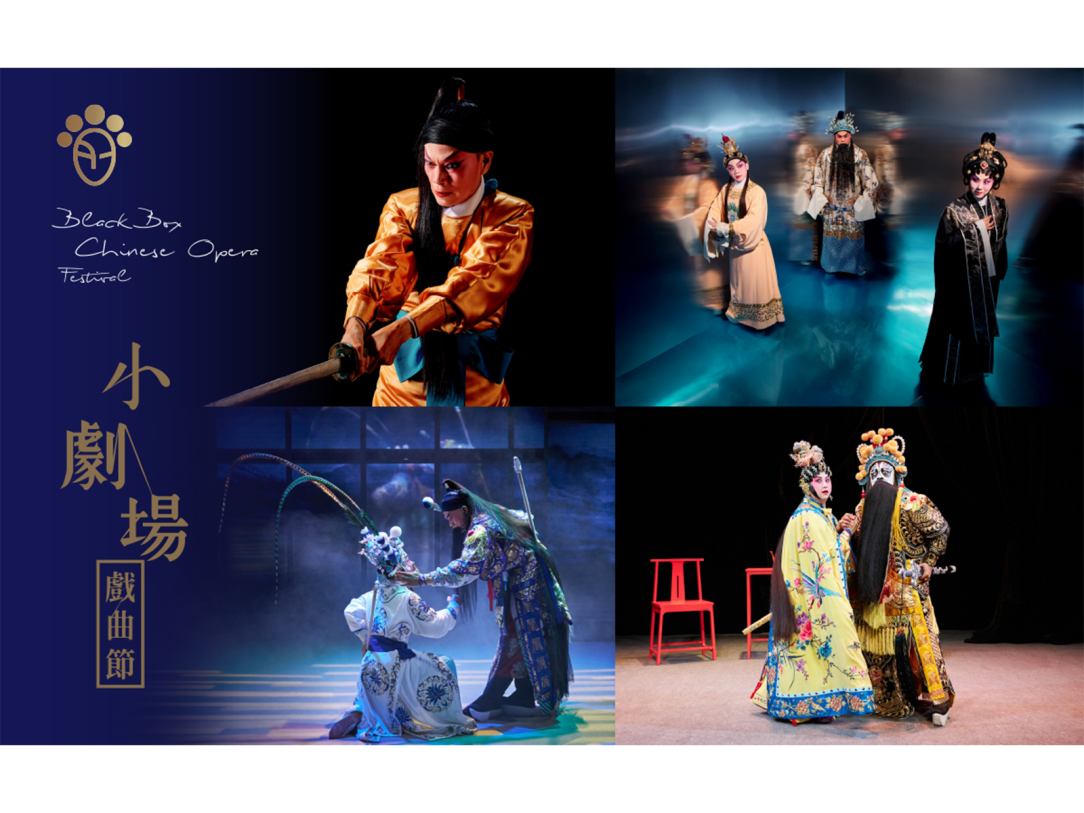 As an annual signature event hosted by the Xiqu Centre every autumn, the festival highlights the diversity and vitality of this heritage artform through bold experimentation and a contemporary sensibility, all within a 90-minute format. Supported by the title sponsor, the Friends of Hong Kong Association, this year’s festival aspires to elevate the beauty of Chinese opera performances through blending contemporary aesthetics, the traditional heritage of xiqu and state-of-the-art technologies. Tickets are on sale now at the District’s website.

Long-awaited first solo performance by Cantonese opera legend Law Ka-ying
One of the highlights of this year’s festival is the Xiqu Centre’s original work Solo Cantonese Opera, The Asura Judgement – a one-man show written, directed and performed by Cantonese opera legend Law Ka-ying. Premiering the first solo performance of his five-decade-long career, the production transposes the story of Rashomon, the classic film by Japanese director Akira Kurosawa, from 10th-century Japan to late Ming Dynasty China, retaining the fundamental elements of Kurosawa’s work – a tale of murder retold by a thief, a monk, a woodcutter and his wife.

This new production sees the veteran performer adopt multiple roles, switching back and forth in time and space to recount “the truth” of a fatal crime from the subjective perspectives of a series of protagonists, addressing the issues of humanity, morality and trust from different angles. In a major artistic breakthrough, the work also blends the narrative techniques of contemporary theatre and film editing with traditional Cantonese opera stage and lighting practices. The performance will be staged in Tea House Theatre of the Xiqu Centre with 10 showings in total.

New inclusive and experimental production by the Xiqu Centre
Another new production, The Imperial Decree (Preview) – the third original experimental Cantonese opera production by the Xiqu Centre’s award-winning team – will premiere in Freespace, with the bigger venue allowing more people to enjoy Chinese opera from a new perspective. The play is produced and directed by Naomi Chung, and written, directed and performed by Keith Lai and Janet Wong – the same creative team behind Experimental Cantonese Opera Farewell My Concubine (New Adaptation) and Wenguang Explores the Valley.

Cast members of the production present traditional performance techniques with contemporary music. With the aid of video design and a contemporary theatre installation, the performance aims to present the audience with another bold experimentation in Chinese opera. The show also marks the Xiqu Centre’s first inclusive production in cooperation with a hearing-impaired actor who is invited to perform in sign language. Theatrical interpretation is also offered at each performance to promote the artistic finesse of Chinese opera to everyone.

Reruns of acclaimed productions shed new light on Cantonese opera
The acclaimed original Experimental Cantonese Opera productions Farewell My Concubine (New Adaptation) and Wenguang Explores the Valley are also returning, being staged at Freespace as part of the festival. Experimental Cantonese Opera Farewell My Concubine (New Adaptation) has received rave reviews for performances in cities across Asia and was named as one of “The 40 Most Influential Productions” in a list of “Most Influential Chinese Contemporary Black Box Theatre Programmes in 40 Years” – the only Cantonese opera to be listed. Blending the essence of traditional Cantonese opera techniques with contemporary stage and lighting design, this ground-breaking adaptation touches the hearts of the audience through the love story of Xiang Yu, a warlord in the ancient Chu Kingdom, and his beloved consort Yuji.

Another of the Xiqu Centre’s own original Experimental Cantonese opera productions, Wenguang Explores the Valley, was honoured with “Best Play” and “Best Performer” awards in the Beijing New Arts and Culture Outstanding Theatre Showcase Series. The play was written based on the stories of the legendary Yang family generals and combines traditional set pieces, digital backdrops and other modern theatre technologies to illustrate both preservation and innovation in modern-era Cantonese opera.

Naomi Chung, Head of Xiqu, Performing Arts of the West Kowloon Cultural District Authority said, "2022 marks the fifth edition of the Black Box Chinese Opera Festival as part of our continued efforts to preserve tradition, foster creativity and extend the reach of this heritage art form. This year, Cantonese opera legend Law Ka-ying leads by example in personally rewriting, directing and performing 10 solo performances, further inspiring us to spark our creativity. Black box Chinese opera offers flexibility and versatility for a more simplified plot and out-of-the-box stage design, creating a more energetic and innovative experience for the audience as well as introducing the fascinating xiqu culture to younger generations.”

About the Black Box Chinese Opera Festival
The Xiqu Centre’s Black Box Chinese Opera Festival is organised every autumn. As part of a continued effort to inherit, innovate and inspire new forms of Chinese opera, the festival aims to present experimental productions that offer new perspectives on Chinese opera, merging history and tradition with artistic and technical innovation.

About the Xiqu Centre
The first landmark performing arts venue to open in West Kowloon, the Xiqu Centre acts as the eastern gateway to the cultural district. Specifically built for performances of Chinese traditional theatre, the Xiqu Centre is designed to conserve, promote and develop the art of Chinese opera. It also provides a centre for the production, education and research of this unique art form. In 2019, the Xiqu Centre was listed as one of TIME Magazine’s World’s Greatest Places.

About Friends of Hong Kong Association
The Friends of Hong Kong Association was established in 1989 by nine Hong Kong members of the Chinese People's Political Consultative Conference. The purpose is to unite patriots from all walks of life in Hong Kong, adhere to the principle of "one country, two systems", ensure the Basic Law is fully and accurately implemented, promote the smooth transition and return of Hong Kong; participate in government affairs, promote exchanges and cooperation between Hong Kong and Mainland China, support national reform and development; and support the HKSAR Government to maintain the prosperity and stability of Hong Kong.